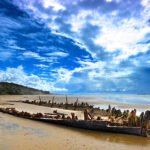 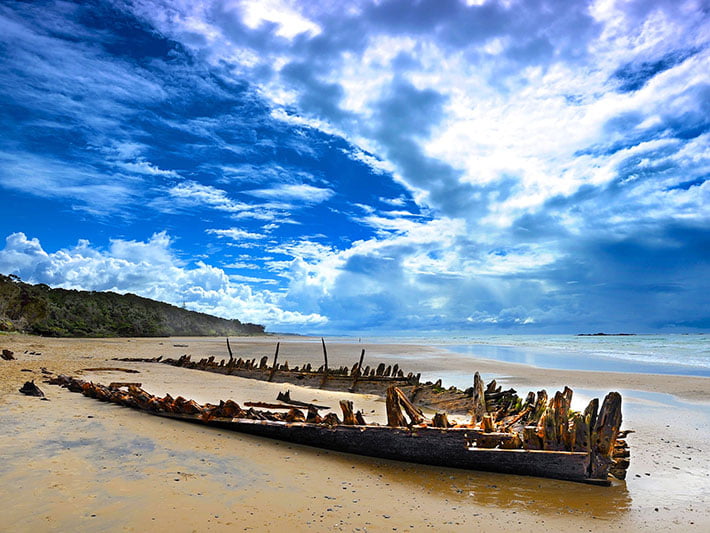 The Buster was driven ashore and became a total wreck at the mouth of Woolgoolga Lake on March 8, 1893. The 310-ton vessel, a 39 metre barquentine was built in Nova Scotia, Canada in 1884. It arrived at Woolgoolga from Sydney in February 1893 to load timber bound for New Zealand.

The crew put down two anchors and ran a cable to a buoy near the former Woolgoolga Jetty. But when a storm from the south-east hit, the vessel’s anchor cable snapped and its holding chains failed. No lives were lost when the vessel then broke away from its mooring and eventually beached stern-first 200 metres down the beach just south of the Woolgoolga Lake mouth.

Click here for information on more shipwrecks in the area.

Posted in Things To Do